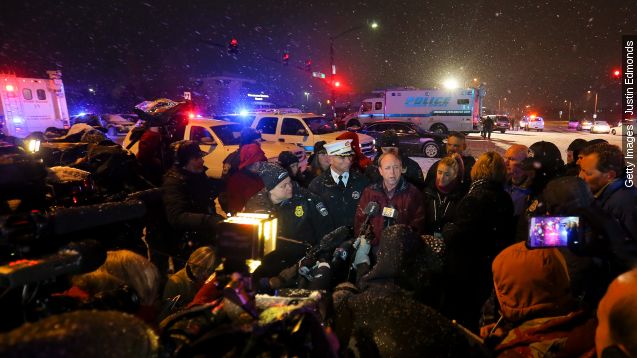 Three people, including one police officer, have been killed and others injured in a shooting that took place inside a Colorado Springs Planned Parenthood.

"The perpetrator is in custody. The situation has been resolved. There's no continuing peril to the citizens of Colorado Springs," Colorado Springs Mayor John Suthers told reporters.

Police responded to reports of a male shooter with a long gun who initially exchanged gunfire with officers before being taken into custody. Police are still investigating a motive. (Video via KKTV)

Lt. Catherine Buckley told reporters the suspect had brought several suspicious items to the scene with him, and police are working to determine if any explosives were left behind.

"We are waiting until we get a stabilized scene so that we can move additional resources up and check out the items the individual brought with him," Buckley said.

This video includes an image from University of Colorado Colorado Springs.