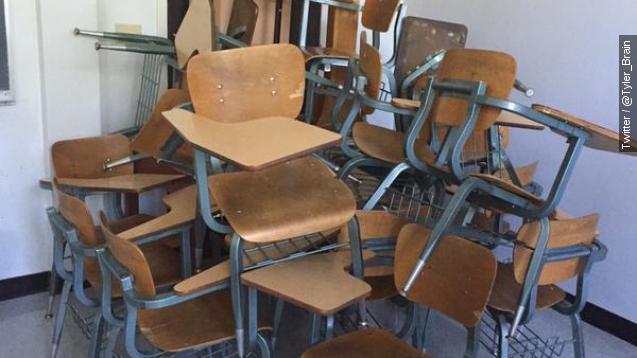 SMS
Active Shooter Alert Prompts Lockdown At Mississippi State
By Matt Moreno
By Matt Moreno
August 27, 2015
The university issued the alert at about 10:20 a.m. Wednesday. There were no reports of injuries or shots fired.
SHOW TRANSCRIPT

Students and staff at Mississippi State University are safe after reports of an active shooter on campus Thursday morning.

The school was placed on lockdown. Many shared tweets showing students and campus personnel huddled behind locked doors around campus.

"We looked out the window and saw a lot of students running, which was probably the scariest part," said Kaiti Blake, a WJTV meteorologist and Mississippi State student.

Authorities arrested a suspect about an hour later. They say no shots were fired and there were no injuries.