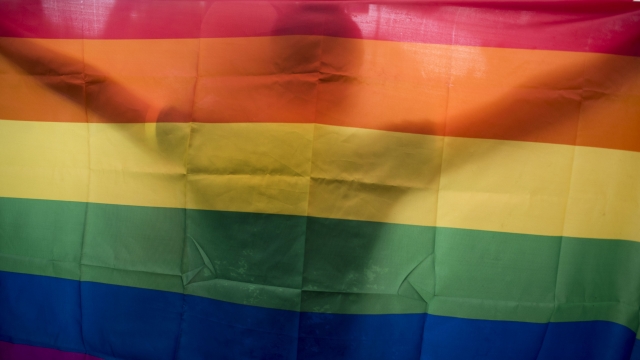 SMS
ACLU Sues Mississippi Over LGBT Legislation
By Samantha Crook
By Samantha Crook
May 9, 2016
The suit was filed on behalf of an engaged gay couple who'd like to get married, but the ACLU says the legislation affects more than just marriage.
SHOW TRANSCRIPT

The American Civil Liberties Union is standing up to legislation in Mississippi that some say discriminates against LGBT people.

The ACLU lawsuit filed Monday says Mississippi's Religious Liberty Accommodations Act discriminates against LGBT people by allowing businesses to deny services or employment based on sexual orientation. The ACLU says HB 1523 even sanctions discrimination against straight people who have sex outside marriage, but that part of the law isn't targeted in this new lawsuit.

Others say it protects people from being forced to go against their religious beliefs.

"The bill simply says the government of the state of Mississippi and its political subdivisions cannot discriminate against people of faith who hold deeply held religious beliefs," the governor of Mississippi told The Daily Signal.

ACLU's case was filed on behalf of an engaged gay couple who'd like to get married in Mississippi and focuses on the state's Registrar of Vital Records.

"Also, being black and gay, we always learned, growing up, about the civil rights movement. ... We thought this movement was over. We thought that we would be fine," Nykolas Alford told The Clarion-Ledger.

The legislation is set to go into effect starting in July.

This video includes an image from Getty Images and clips from ABC and WLBT.