Accidental Deaths Reach A Record High In The US 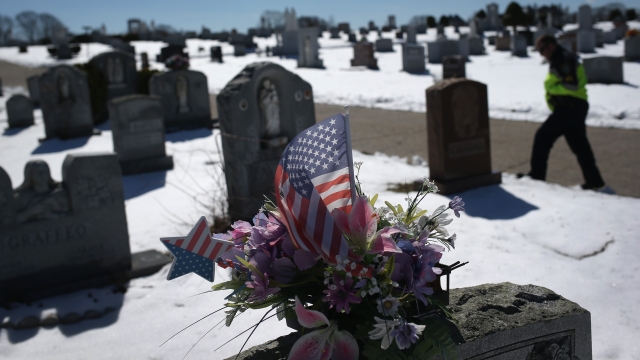 SMS
Accidental Deaths Reach A Record High In The US
By Melissa Prax
By Melissa Prax
June 12, 2016
Accidents are the fourth-leading cause of death in the U.S., and drug overdoses and falls are largely to blame for higher rates.
SHOW TRANSCRIPT

More Americans are dying by accident — largely because of drug overdoses.

A National Safety Council report shows the number of accidental deaths hit a record high in 2014, the most recent year data was available.

But it's a number that's been on the rise over the past decade.

Accidental deaths are now the fourth-highest cause of death, falling behind heart disease, cancer and chronic respiratory disease.

NSC statistics manager Ken Kolosh said: "It's all preventable. Every accident is preventable. But it's not necessarily the [fault] of the victim."

He added, "Every individual has the opportunity to make choices to keep themselves safe."

Americans' rising use of opioids — including heroin — has become a national issue highlighted in other recent reports.

The Centers for Disease Control and Prevention said deaths from opioid and heroin use rose 14 percent from 2013 to 2014 and have nearly tripled since 2010.

As for the NSC report, it also showed deaths from accidents like falling have more than tripled in the past couple of decades.

An increasing elderly population from the baby boomer generation is likely the reason for this uptick.

But other types of accidental deaths, like those caused by traffic crashes, are actually down.

Better technology has made cars increasingly safer, although drunk driving is still a big concern.

Texting while driving poses another traffic safety concern, although there's currently little reliable data about how this affects accident rates.

This video includes clips from National Safety Council and images from Getty Images, Nephron / CC BY SA 3.0 and Itayba / CC BY SA 3.0.