About Half Of US Kids Are Impoverished, But Pediatricians Could Help 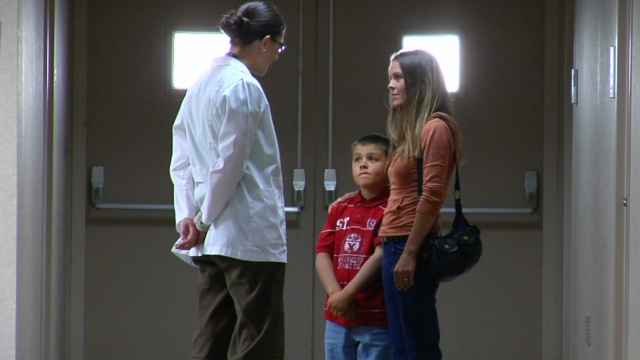 SMS
About Half Of US Kids Are Impoverished, But Pediatricians Could Help
By Melissa Prax
By Melissa Prax
March 9, 2016
A new study suggests a simple question from a pediatrician during a visit could help lower poverty.
SHOW TRANSCRIPT

A new study found over 42 percent of U.S. kids live in or near poverty, and that can have a big impact on long-term health. But the American Academy of Pediatrics says there might be a way to help.

AAP says physicians asking patients a simple question like "Do you have difficulty making ends meet at the end of the month?" during a checkup could help identify and chip away at mass poverty.

By asking these types of questions, AAP hopes pediatricians will be able to connect families to resources to help with necessities, like balanced nutrition and affordable housing.

When kids are born into low-income households, they are more susceptible to heath issues, which can include obesity, infant death and even altered gene expression.

AAP President Dr. Benard P. Dreyer said: "Fifty years ago, the U.S. came together and nearly eliminated poverty in the elderly. It's time to do the same for children."