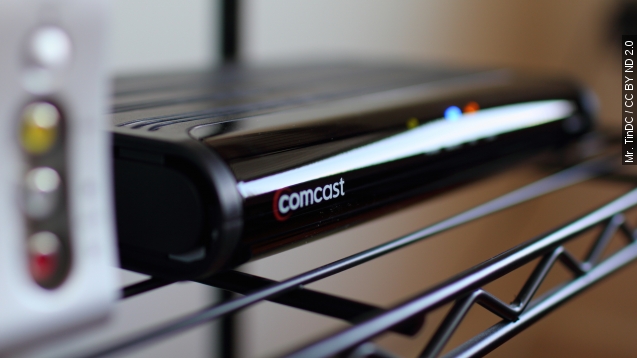 SMS
About 200K Comcast Customers Asked To Reset Passwords
By Mikah Sargent
By Mikah Sargent
November 10, 2015
After nearly 600,000 Comcast accounts allegedly went up for sale online, the company asked 200,000 of its customers to reset their passwords.
SHOW TRANSCRIPT

We say alleged because Comcast reportedly checked the list of accounts against its database — only 200,000 of the credentials were current. (Video via Comcast)

According to security company CSO, several people have suggested the larger number — the nearly 400,000 noncurrent accounts — were recycled information from other, older data breaches.

And that's backed up by the fact Comcast insists it wasn't hacked. Instead, CSO suggests the customers may have given up their information in an unrelated phishing scheme or were victims of malware or some other data breach. (Video via Comcast)

Now is the appropriate time to remind you — nay, beg you — to use a different password for each of your accounts. That way, if your username and password are stolen in a breach, scheme, hack, etc., the malicious party can't use those credentials to gain access to your other accounts.

A Comcast spokesperson said the company is "working to get this fixed for those customers who may have been impacted." Because it maintains it wasn't hacked, The Post reports Comcast won't offer credit monitoring to those affected. (Video via Comcast)

This video includes images from Mr.TinDC / CC BY ND 2.0, Ervins Strauhmanis / CC BY 2.0 and Getty Images.