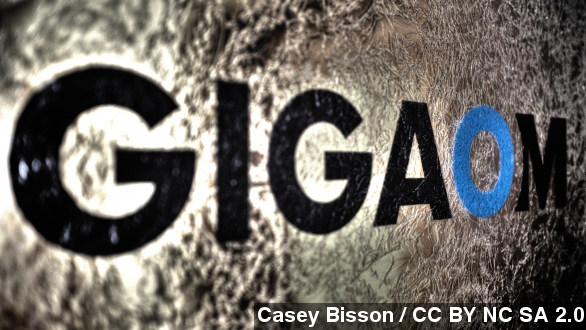 SMS
Abiding Tech Publication Gigaom Ceases Operations
By Mikah Sargent
By Mikah Sargent
March 10, 2015
Gigaom on Monday announced it would be ceasing operations, as the site is no longer able to pay its creditors.
SHOW TRANSCRIPT

A surprising announcement from one of the web's oldest and most respected tech blogs. Gigaom announced on Monday it can no longer pay its creditors.

It's unclear at this point what exactly that means for the future of the tech publication, but Gigaom says, at this point, "all operations have ceased."

Gigaom was founded back in 2006 and describes itself as "the leading global voice on emerging technologies." Since its founding, the publication has grown from a tech-news source to include a research division and an event facilitator. (Video via Gigaom)

The news appears to have surprised people both outside and inside the company. Mashable collected social media reactions to the announcement; one writer at the publication said, "@om built something amazing and it changed my life. I love him and my colleagues."

Despite the seemingly abrupt announcement, Kara Swisher of Re/code notes "its executive editor Tom Krazit left at the end of February, likely signaling a change."

In other words, the writing's been on the wall at least since February.

​The publication's founder, Om Malik, who left Gigaom more than a year ago, published a statement on his personal website. It read, in part, "There will be time for postmortems, but not today. Today, I want to thank all the people who make (and have helped make) Gigaom. Their role in this journey was what really made it all worth it. ... Goodnight sweetheart, I still love you!" (Video via Revision3)