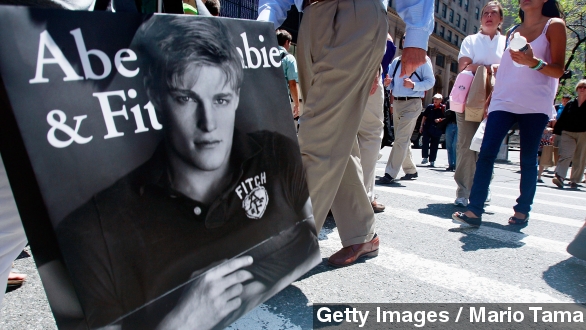 After two decades, the controversial figurehead of Abercrombie & Fitch, CEO Michael Jeffries, has retired as chief executive. The retirement comes less than a year after Jeffries was stripped of his chairman title.

In a statement Jeffries said: "It has been an honor to lead this extraordinarily talented group of people. ... I believe now is the right time for new leadership to take the Company forward."

The company hasn't been doing well in recent years with brands like H&M and Forever 21 luring away the brand's once-loyal young audience with much lower prices.

Fortune notes, "Abercrombie, as well as its peers American Eagle and Aeropostale, have found themselves out of favor and out of style with the sale of logo-adorned shirts and other apparel."

And Jeffries' contentious comments and policies over the years haven't helped.

"This is the absolute largest size you can buy there. … This is the smallest," Ellen added in a bit on her show.

Some of his most colorful comments come from a 2006 Salon interview a year before the Abercrombie & Fitch brand hit its peak on the market in 2007 at $84 a share.

He told Salon: "Candidly, we go after the cool kids. A lot of people don't belong [in our clothes], and they can't belong. Are we exclusionary? Absolutely."

Like most companies, the brand took an incredible hit in 2008 — dropping to less than $15 per share — but it has yet to truly rebound. Abercrombie's stock jumped from $26 to $28 upon news of Jeffries' retirement.