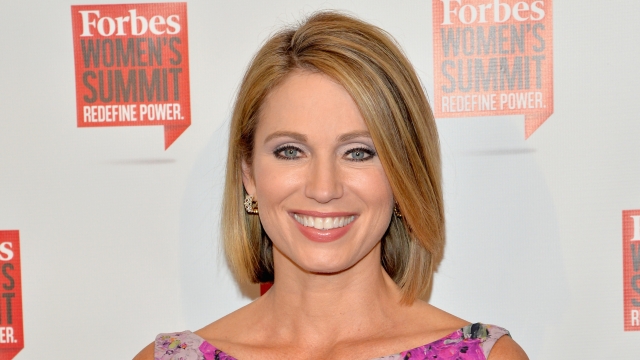 Amy Robach, a co-anchor for ABC's "Good Morning America," is apologizing after using a racial slur on Monday's show.

"Now, we all know Hollywood has received recent and quite a bit of criticism for casting white actors in what one might assume should be a role reserved for colored people," Robach said.

She made the comment during a news segment about diversity in Hollywood and recent reports that actress Zendaya might have been cast as Mary Jane Watson in the upcoming "Spider-Man: Homecoming" film.

But GMA viewers were quick to point out on Twitter the phrase "colored people" is offensive.

Though the word "colored" has been around for decades and is even included in the name of the National Association for the Advancement of Colored People, or NAACP, it's now considered outdated.

Robach apologized for her use of the racial slur, saying in a statement she meant to instead use the phrase "people of color." She continued, saying, "It was a mistake and is not at all a reflection of how I feel or speak in my everyday life."