ABC Is Putting Abigail Breslin In The Corner 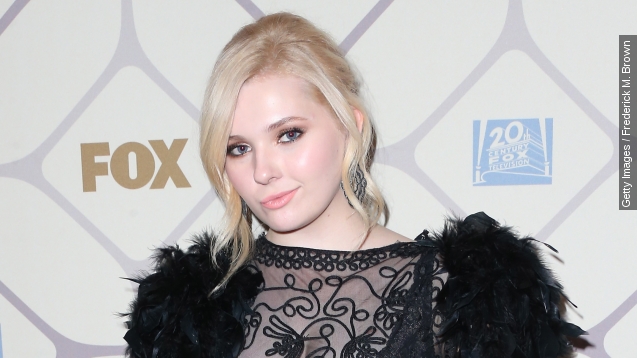 Nobody puts Abigail Breslin in the corner.

Or apparently, they do. ABC has greenlit a three-hour musical adaptation of "Dirty Dancing," with Breslin playing the iconic role of "Baby."

"I'm scared of everything. But most of all, I'm scared to walk out of this room and never feel that same way about anything the way I feel about you," Jennifer Grey said.

The role made famous by Patrick Swayze hasn't been filled yet.

The film will be executive produced, in part, by Eleanor Bergstein, who wrote the original screenplay.

And if you're thinking this three-hour event might be like NBC's "The Wiz Live!" or even Fox's "Grease Live," you'd be wrong. This particular TV musical will be pre-taped.

There have been several attempts at bringing the "Dirty Dancing" story back to life. In 2004, it got the theater treatment with "Dirty Dancing: The Classic Story on Stage."

Seeing as how "The Wiz Live!" debuted to an audience of 11.5 million viewers, ABC could see a pretty big audience as well. But so far, our only gauge of how well Breslin can dance is this. It's going to be the time of our lives, basically.