Abby Wambach Announces Retirement After More Than A Decade 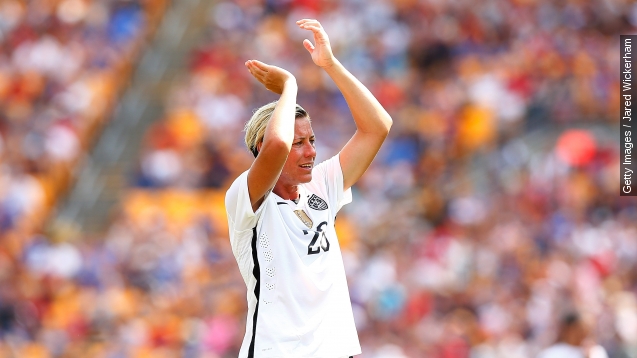 The U.S. Women's National Team legend has become one of the most recognizable faces of U.S. soccer after playing professionally for more than a decade.

Wambach's crowning achievement was probably winning the Women's World Cup in 2015 as captain, especially after losing in the final in 2011 against Japan.

The 35-year-old finishes her career as the world's top goal-scorer in international soccer, woman or man.