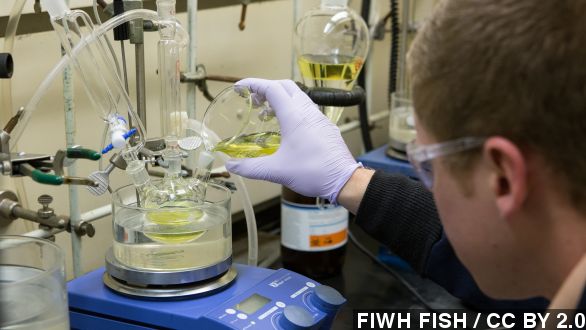 Biopharmaceutical company AbbVie announced late Wednesday it has agreed to a $21 billion deal to purchase Pharmacyclics, makers of one of the top cancer treatment drugs in the industry.

Under the terms of the agreement, AbbVie will pay a little more than $261 per share using a mixture of cash and stock.

According to Bloomberg, that's "39 percent higher than Pharmacyclics’s closing price on Feb. 24, the day before Bloomberg News reported that the company was considering a deal."

Pharmacyclics is known for making Imbruvica, a prescription drug used to treat different forms of leukemia and blood cancers. With its help, the company's revenue rose to $730 million in 2014.

That's likely attributed to the high cost of cancer treatment, which can run thousands of dollars every month depending on the case.

The deal essentially gives AbbVie a stronger foothold in the realm of oncology drugs. Right now, it relies heavily on Humira, its top-selling product that treats various forms of arthritis.