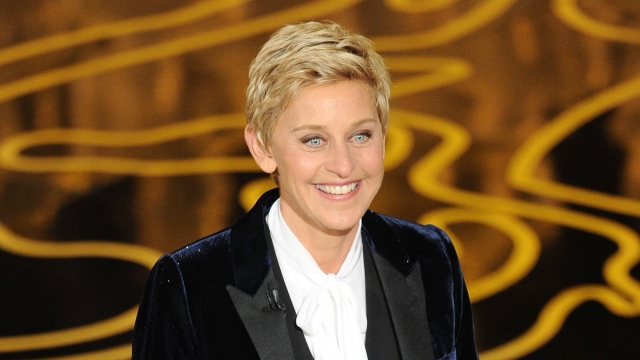 Note to Ellen: This name is pronounced "Tee-Tee," not "Titty."

A Georgia real estate agent is suing Warner Bros. after Ellen DeGeneres made her the butt of a joke during a segment called "What's Wrong With These Ads ... And These Signs?" in February.

"Oh, Titi Pierce," DeGeneres said after the audience stopped laughing. "Sounds like she might have spent some time in that nipple home."

Titi means "flower" in Nigerian. Pierce claims no one had ever called her "Titty" before the show aired.

The show only blurred out one phone number on the sign, not Pierce's cellphone number, which appeared under her name. Pierce found out about the segment when she started getting harassing phone calls after the show aired. She was at a family funeral at the time.

Pierce is seeking monetary damages and calling for the show to stop airing the segment on television and online.