A Water Bottle That Turns Air Into Water? Yep 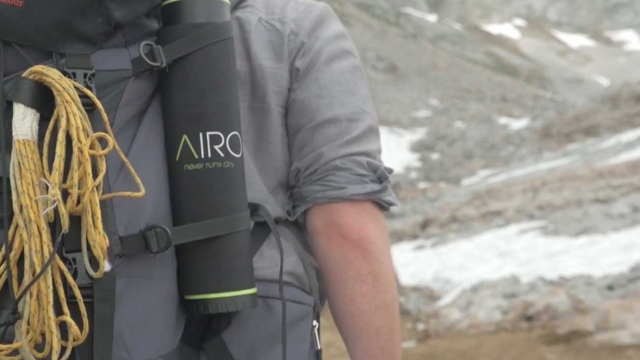 SMS
A Water Bottle That Turns Air Into Water? Yep
By Mikah Sargent
By Mikah Sargent
January 23, 2016
The water bottle condenses water in the air, but you won't want to use city air unless you have a way to filter those contaminants.
SHOW TRANSCRIPT

No, with science — the principle of condensation, to be precise.

Humid air enters the top of the Fontus Airo water bottle where it's chilled by a solar-powered cooler.

Water droplets form and run through a filter down into the bottle.

Fontus says it can produce about 27 ounces of water in an hour — about the size of a bottle of Gatorade.

Problem is, it'll only do that in "really good conditions."

Really good conditions: 86 to 104 degrees Fahrenheit with 80- to 90-percent humidity.

And you probably don't want to use it in the city.

It's not designed to filter airborne contaminants.

It's also yet to be launched as a crowdfunding campaign, so it may never see the light of day.

But at least we know it's possible to turn air into water. Remember this billboard from Peru's University of Engineering and Technology?

"The billboard has a unique technology that captures the air humidity and turns it into drinking water," said the narrator in a UTEC video.

Difference is, the billboard's water is filtered for contaminants.

This video includes an image from Jonathan Grado / CC BY SA 2.0.