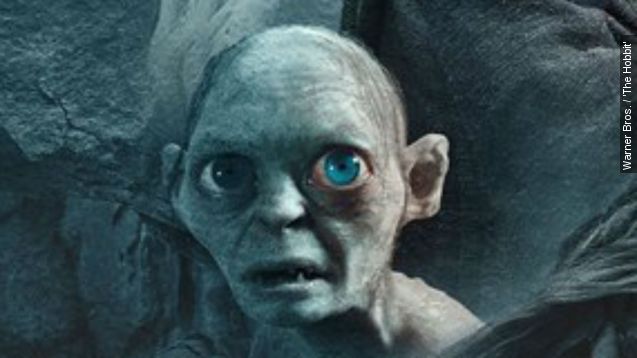 SMS
A Turkish Man's Fate Depends On Whether Or Not Gollum Is Actually Evil
By Kaileen Gaul
By Kaileen Gaul
December 2, 2015
A Turkish man might be facing jail time because of a meme he posted on Facebook comparing Gollum to President Recep Tayyip Erdoğan.
SHOW TRANSCRIPT

One Turkish man's freedom hinges on whether "The Lord of the Rings" character Gollum is, in fact, a bad guy. (Video via New Line Cinema)

Insulting a public figure is illegal in Turkey, which landed a Turkish physician in trouble after he posted a meme on Facebook comparing Turkish President Recep Tayyip Erdoğan to Gollum.

The defendant's attorney claimed the judge couldn't rule on Gollum's character since he hadn't seen the "Lord of the Rings" films in their entirety. So the judge is rounding up a panel of five experts to testify to Gollum's character. (Video via Warner Bros.)

The defendant claims the meme is not an insult because Gollum is not a bad guy. But Gollum's character is actually pretty complicated.

Gollum was originally known as Sméagol but the power of the One Ring corrupted his psyche and twisted him into the subterranean creature known as Gollum. He's typically portrayed as an antagonistic foil to the trilogy's main character, Frodo.

But in a way, Gollum is responsible for the happy ending of the "Lord of the Rings" trilogy. After biting the ring off of Frodo's finger, he fell into the fires of Mount Doom and destroyed the Ring. So technically he saved the day. That's got to count for something, right? (Video via New Line Cinema)

Plus Gandalf, who is a guiding force for good in Middle Earth, was on Team Gollum. He told Frodo that Gollum was not evil but was a tragic soul who fell to the Ring's power.

If Gollum is found to be evil, the defendant would join a slew of Turkish people who were arrested for insulting Erdoğan this year.

Two boys, age 12 and 13, were arrested for tearing down a poster of Erdoğan in late October. They were sentenced to between 14 and 56 months in prison.

But that sentence is light compared to a Turkish journalist who faces up to eight years in prison for insulting the president on social media and in statements.

The Turkish physician's trial is adjourned until February 23. Turkey ranks 149th out of 180 countries in the world in the Press Freedom Index.