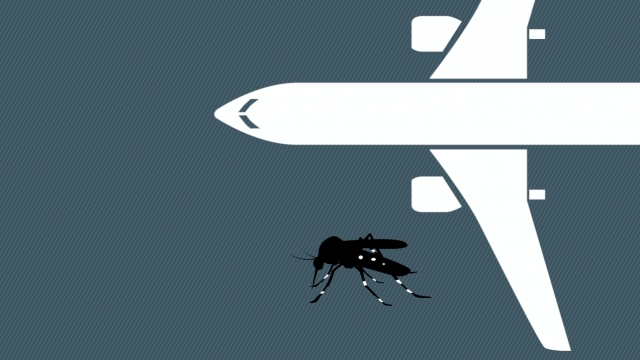 SMS
A Travel Advisory Won't Stop Zika From Spreading
By Evan Thomas
By Evan Thomas
August 20, 2016
Mosquitoes are transmitting Zika in Florida, but humans have already carried it around the U.S.
SHOW TRANSCRIPT

Mosquitoes are transmitting Zika in Florida, and the media is awash in progress reports.

"It was the first time the CDC ever issued a travel advisory within the continental U.S.,"CBS' David Begnaud said.

But you shouldn't expect pesticides, travel advisories and anything else you're seeing in the news to stop cold the transmission of the virus. They might slow Zika down, but the virus already meets the CDC's criteria for epidemic in the U.S.

Mosquitoes can fly. So can humans, for that matter. And so far, we're doing more to spread Zika than they are.

There are 14 locally transmitted cases in the U.S. at last count, all of them in Florida. But travelers have taken 2,245 cases around the country with them.

The good news is the mosquitoes that carry the virus don't live everywhere in the U.S., and people make wide use of window screens and air conditioning. CDC officials expect Zika won't get as widespread as it is in Central America.

In the meantime, vaccine trials are making progress — but some research suggests the epidemic will have started to burn itself out by the time vaccines enter wider use.