A Transgender Rights Ad Will Debut During The GOP Convention 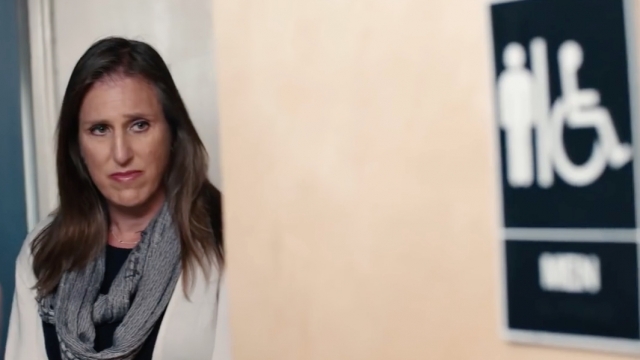 "I'm a transgender woman. I was born with a male body. But inside, I always knew I was female, so I transitioned," Alaina Kupec explains in a new ad.

People watching the Republican and Democratic national conventions later this month may see that ad.

The minute-long spot was published online Sunday, and it shows Kupec, a transgender woman, at a restaurant with friends.

"In most states, our laws don't protect transgender people from discrimination in public places," she says.

When she gets up to go to the bathroom, an employee tells her she has to use the men's bathroom.

"Most people, when they stop and think about it, they realize that when businesses can legally force me to use the men's room, it puts me at risk for harassment and violence," Kupec says in the ad.

The ad appears to be in direct response to North Carolina's recently enacted bathroom law, which bars transgender people from using the bathroom of the gender they identify with. It so happens the woman featured in the ad is from North Carolina.

It's paid for by four LGBTQ groups that have formed FairnessUSA.org, a campaign to support gender equality.

The GOP is reportedly thinking about softening its tone on LGBTQ issues.

FairnessUSA has been soliciting donations to pay for the ad to continue to air.

This video includes clips from FairnessUSA and CBS and images from Getty Images. Music provided courtesy of APM Music.