France's Highest Court Has Overturned At Least One Ban On Burqinis 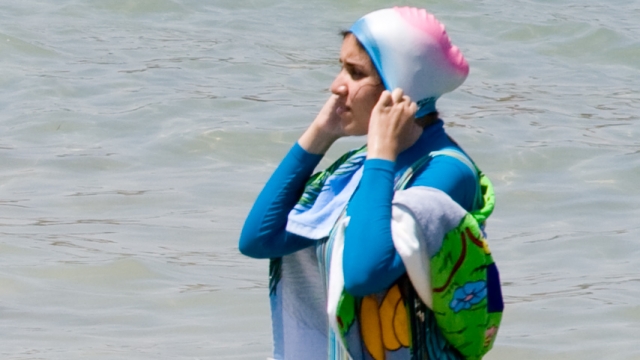 SMS
France's Highest Court Has Overturned At Least One Ban On Burqinis
By Briana Koeneman
By Briana Koeneman
August 26, 2016
The decision is expected to set a legal precedent for about 30 other French cities and towns that have similar bans.
SHOW TRANSCRIPT

The Council of State ruled Friday that a ban imposed in the town of Villeneuve-Loubet "seriously and clearly illegally breached fundamental freedoms to come and go, freedom of beliefs and individual freedom."

But the decision is expected to set a legal precedent for about 30 other French cities and towns that have similar bans on the full-body swimsuit.

SEE MORE: Germany Could Be The Next Country To Ban Full-Face Veils

Officials say the burqini ban on public beaches was in response to growing concerns over terror threats.

But critics denounced the move as discriminatory and illegal. And others worry the bans could make tensions between cultures worse.

Still, one mayor on the French Mediterranean island of Corsica has already vowed to keep the ban in place.

He told BFM-TV, "Here the tension is very, very, very strong, and I won't withdraw it."

The Council of State is set to make a final decision regarding the legality of other bans at a later date.