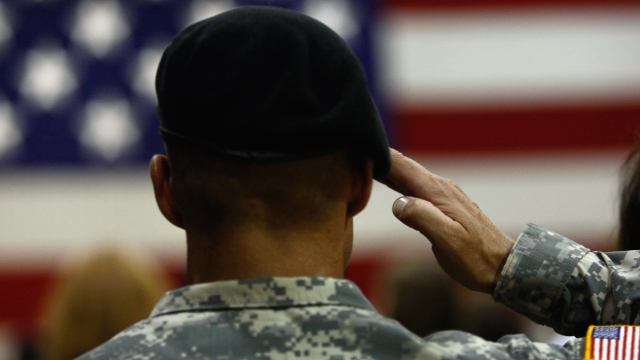 A new poll shows some voters don't think Muslims should be allowed to serve in the U.S. military.

The majority of those in favor were John Kasich supporters. Donald Trump and Ted Cruz voters were less willing to see Muslims serve.

In the wake of the Brussels attacks last week, Cruz released a statement to multiple news outlets saying, "We need to empower law enforcement to patrol and secure Muslim neighborhoods before they become radicalized."

"What is important is that was not a lone wolf. That was not an isolated attack. It was radical Islamic terrorism. It was ISIS that has declared jihad that is waging war on us," Cruz said to "CBS This Morning."

Trump later told CNN he supported Cruz's proposal. It certainly falls in line with the call Trump made after the San Bernardino attacks to ban all Muslims from entering the U.S.

As of December 2015, there are about 5,900 U.S. service members, both active-duty and reserve members, who self-identify as Muslim. ABC reported that number is most likely much higher since there were 400,000 service members who did not report their faith on their identification tags or in the Defense Enrollment Eligibility Reporting System.

This video includes clips from ABC and U.S. Army and images from Getty Images.