A Tale Of Two Amazons: Innovative Service Vs. Harsh Employer 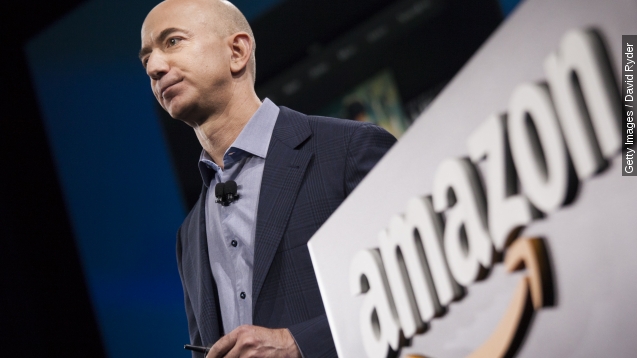 Consumers love to think of Amazon as the retailer that has everything, but there has long been another characterization of the company and CEO Jeff Bezos –– harsh and extremely demanding.

A story published Saturday by The New York Times was particularly critical of the company's management style, calling it a "bruising workplace."

The report detailed instances where employees were criticized for poor work performance while battling cancer, and at least one woman was forced to go on a business trip the day after having a miscarriage. (Video via Amazon)

Like we said, this kind of critique of Amazon has become pretty routine. Headlines spanning several years call it "ruthlessly intimidating," "brutal" and a "prison."

But the narrative of Amazon's harsh work environment and Bezos being a corporate oppressor is quite different than Amazon's consumer-facing image.

We see positive stories all the time about Amazon's efforts to make drone delivery a reality, and how the company has pressured the FCC into moving forward with commercial drone regulations.

Even before "Transparent" was nominated for all those Emmys, gushing reviews help put Amazon's young video streaming service on the map.

Not to mention all the praise Bezos gets for disrupting the traditional retail market and making Amazon an industry innovator.

But then a story like the Times' pops up and Amazon is back under fire by the Internet.

So far, the bouts of bad press haven't done much to slow Amazon down; the company is still valued at $248 billion.