A Stroke Of Good Fortune: Picasso Painting Sells For $179M 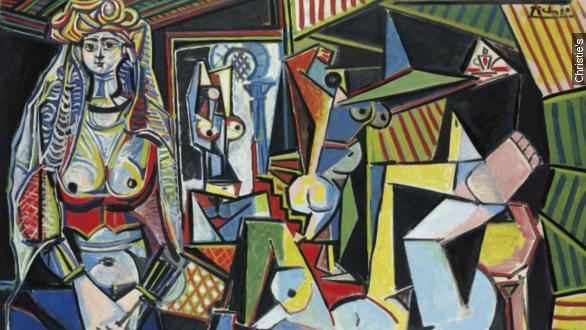 This piece of art called "Women of Algiers (Version O)" by Pablo Picasso was sold Monday at auction house Christie's for an astonishing $179 million, making it the most expensive work of art ever sold at auction.

If Picasso were alive today, he'd probably be a very happy and very rich man.

The previous record-holder was a work by Francis Bacon called "Three Studies of Lucian Freud," which was also sold at Christie's for about $142 million.

The artwork was last up for auction 18 years ago. The winning bidder was anonymous.

But it may have been a good buy. In those 18 years, the painting appreciated in value. It sold for $31.9 million in 1997. Quartz did the math, showing "Women of Algiers (Version O)" sold this time around "for a compound annual growth rate of about 10%."

Cha ching. And as Time notes, the art was part of a 15-painting series, created in 1954 and 1955. So if you've been holding on to your piece of precious art, it could be a good time to sell.

The piece was projected to bring in $140 million. Pretty sure Christie's isn't complaining it went above that. Picasso probably wouldn't have, either.