The First Star-Visiting Probe Will Need Some Ambitious Engineering 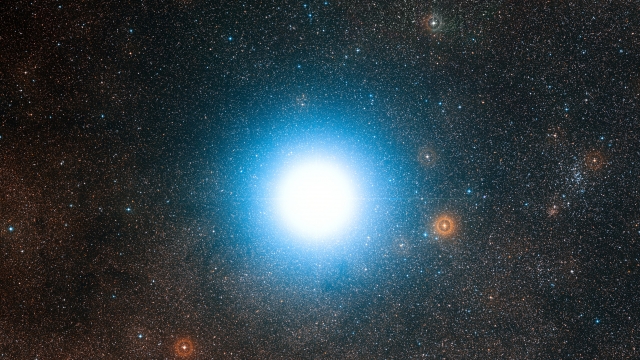 SMS
The First Star-Visiting Probe Will Need Some Ambitious Engineering
By Evan Thomas
By Evan Thomas
August 24, 2016
Getting to the nearest star presents some engineering hurdles space probes haven't met before.
SHOW TRANSCRIPT

In cosmic terms, Alpha Centauri, a cluster of several stars, is right next door — maybe close enough to send something to explore it in the near future.

But don't break out the Starfleet uniform just yet. The first spacecraft to visit another star is likely to be uncrewed probes that are autonomous, fast, exotic and shielded.

Autonomous because this probe is going to be on a one-way trip in interstellar space, without easy communication. By the time it arrives at Alpha Centauri, round-trip radio messages will take more than eight years.

Fast because Alpha Centauri is 25 trillion miles away. One NASA concept called Project Longshot would have accelerated to 4.5 percent the speed of light, or more than 30 million miles an hour.

And shielded because it will be going so fast that even bumping into dust will produce enough energy to start to melt down the probe. Project Daedalus would have gotten around this with a giant beryllium plate on the front of the spacecraft.

Any probes we send will have to be shielded from cosmic rays, too. Our sun stops all sorts of nasty radiation from bombarding us, but once outside the solar system, any probe will be vulnerable.

Modern proposals like Starshot don't have launch dates yet, but if NASA gets involved, that might change. Members of Congress want the space agency to get its own interstellar probes ready to go by 2069.