A Spoonful Of Sugar May Help The Workout Go Down 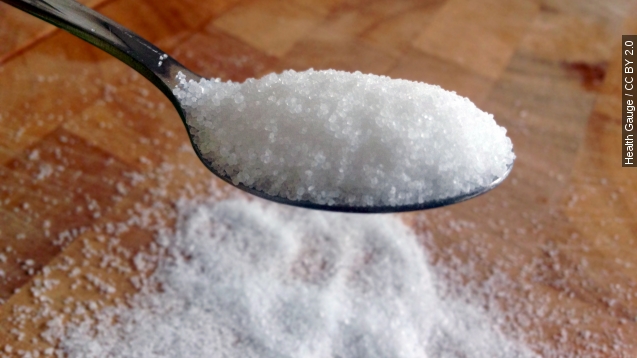 Well folks, it looks like our favorite nanny was right about the benefits of a spoonful of sugar. Well, sort of. (Video via Walt Disney Studios / 'Mary Poppins)

A recently released study has found that a spoonful of sugar in a glass of water can make your exercise a bit easier.

Researchers at the University of Bath in England tested the rate people can absorb different forms of sugars to use as energy during workouts.

The study compared water with table sugar or sucrose to energy drinks that only have glucose. They found those energy drinks actually caused gut discomfort and the cyclists in the study found it was easier to workout with just the sugar water.

The lead scientist told The Telegraph, "This suggests that, when your goal is to [maximize] carbohydrate availability, sucrose is probably a better source of carbohydrate to ingest than glucose."

But just how much sugar is the right amount? Researchers suggest 90 grams of sugar for every hour you work out, with 8 grams for every 100 milliliters of water you drink.