A Snoop Dogg Brand Of Weed Was Pretty Much Inevitable 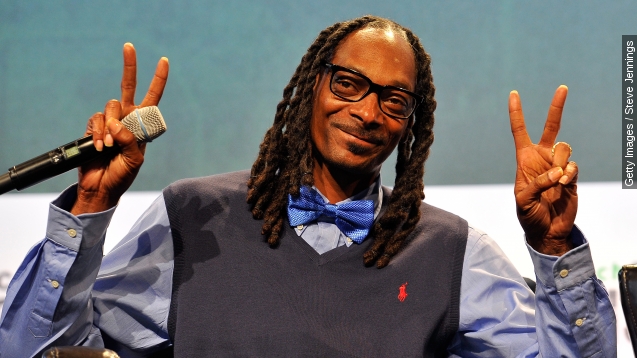 SMS
A Snoop Dogg Brand Of Weed Was Pretty Much Inevitable
By Ben Lawson
By Ben Lawson
November 11, 2015
This is the guy who writes songs about pot, after all.
SHOW TRANSCRIPT

Tying a celebrity's name to a brand can be a big deal for marketing. You see it with sportswear and cosmetics all the time. So who do you want if you're launching a brand of weed?

Snoop Dogg, obviously. The rapper just launched his own brand of marijuana called Leafs by Snoop.

It's touting itself as the first mainstream brand of marijuana and has product lines of leaves, edibles and concentrates. It's only being sold in LivWell stores in Colorado right now but will roll out to other retailers.

Since Snoop doesn't live in Colorado, he can't legally own the brand. So, according to The Cannabist, it's owned by Beyond Broadway, which operates LivWell.

Marijuana sales continue to rise in Colorado. Sales of recreational weed reached $59.2 million in August, and that number combined with sales from medical marijuana adds up to $100.6 million in a month. (Video via Cannabis Greenhouse Systems)