A Serial Killer Might Be The Key To DiCaprio's First Oscar 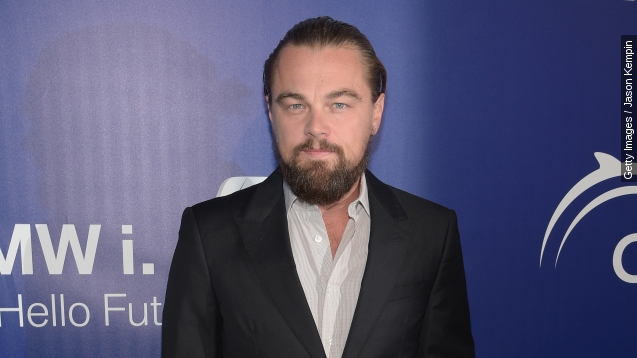 We all have our pet projects. Maybe it's a vegetable garden or needlepoint pillow. That's the norm for most of us, right? But for actors, blockbuster movies are their pet projects.

Now, Leonardo DiCaprio's pet project, the film adaptation of the best-selling book "The Devil in the White City," has reportedly been greenlit.

And it's about time. The project has been trying to get off the ground since 2003, and DiCaprio has held the rights since 2010.

DiCaprio will play Dr. HH Holmes in the nonfiction film. Holmes is a serial killer who is assumed to have killed anywhere from 27 to 200 people in Chicago during the World's Fair in 1893. (Video via Virgil Films and Entertainment)

Holmes built his World's Fair Hotel, better known as a "murder castle," where he gruesomely killed primarily women using gas chambers, acids and chloroform. He would then strip the skeletons and sell body parts for profit. (Video via Virgil Films and Entertainment)

Martin Scorsese is also connected to the project, which might mean the film could see some Oscar buzz. After all, four of their five previous films together have garnered Oscar nominations and wins.

And as pretty much everyone knows by now, DiCaprio himself has never won an Oscar.

But that could very well change between his upcoming 2016 film, "The Revenant," and when "The Devil in the White City" drops.

Vanity Fair calls the reason for DiCaprio's lack of success at the Oscars the Pitt-Hanks Continuum.

The Pitt-Hanks Continuum shows the difference between Brad Pitt, who's never won for acting, and Tom Hanks, who's won two out of the five times he was nominated.

Basically, Pitt is the "cool" guy. You know there's something mysterious about his character, but he doesn't let you in. Hanks, on the other hand, allows the audience to understand what it would be like to be the character.

For example, Matthew McConaughey used to play the "cool guy" in movies like "How To Lose A Guy In 10 Days." When he shifted to more serious, "less cool" roles, like in "Dallas Buyers Club," he won critical acclaim for the emotion he brought to the character.

DiCaprio also generally plays the "cool guy." Whether it was Jordan Belfort in "The Wolf of Wall Street" or Jay Gatsby in "The Great Gatsby," the character has always had an effortless appeal.

Both of his upcoming movies are darker, "less cool" and have him in more character-driven roles. Which could be enough for a successful Oscar campaign, but only if DiCaprio fully transforms into the characters.