It's Been A Rough Week For Some Retailers 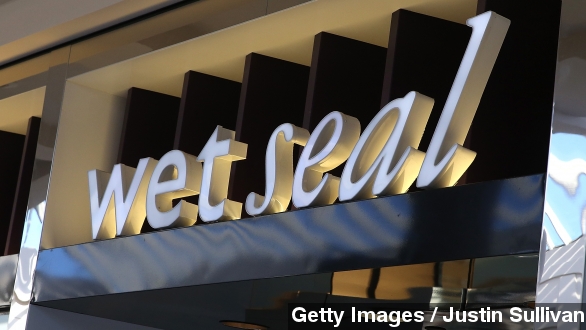 SMS
It's Been A Rough Week For Some Retailers
By Cliff Judy
By Cliff Judy
January 16, 2015
Some very high-profile retailers were either part of this week's bankruptcy news or having to admit some very expensive mistakes.
SHOW TRANSCRIPT

It's tough moving your merchandise these days. Anymore, it seems certain large retailers are hurting every time a quarterly report comes out.

Just check out the headlines from this week alone.

Teen retailer Wet Seal filed Chapter 11 this week but is perhaps getting more attention for signs employees put up at a Seattle branch marked for closing. The employees were angry and called for a Wet Seal boycott. (Video via KCPQ)

"I feel like my family's been ripped apart. And it sucks," Andrea Friesner told KIRO. Friesner, a former Wet Seal manager, made one of the signs.

Wet Seal reported more than $150 million in losses the last two years as it lost its hold on an admittedly fickle teen customer base.

Reporter John Kell notes rivals like H&M and Forever 21 “have done a better job matching current fast-fashion trends, quickly churning out designs that have caught the attention of teens and young adults.”

Target can now officially call its first try at going international a failed experiment. The company announced Thursday it was shutting down all 133 stores in Canada. (Video via Target)

In the company’s press release, Target cited $5.4 billion in pre-tax losses in the fourth quarter of 2014, most of that driven by the write-down of the Canada investment.

Among them, the company bought a chain of old retail buildings that turned out ill-suited to its needs, it ran into supply problems by trying to get all of its 100+ stores stocked and opened at the same time, and it had to compete with already well-established Wal-Mart.

"It's time for a new RadioShack," according to the company's commercial.

Not so much as it turns out. The electronics retailer is preparing what many can probably call a long-expected Chapter 11 filing for a long-struggling company. (Video via RadioShack)

The Wall Street Journal reported on Wednesday the bankruptcy filing could come as soon as February.

This video includes images from Getty Images and Mike Mozark / CC BY 2.0.