A Return For Ray Rice? The NFL Would Reportedly Support It 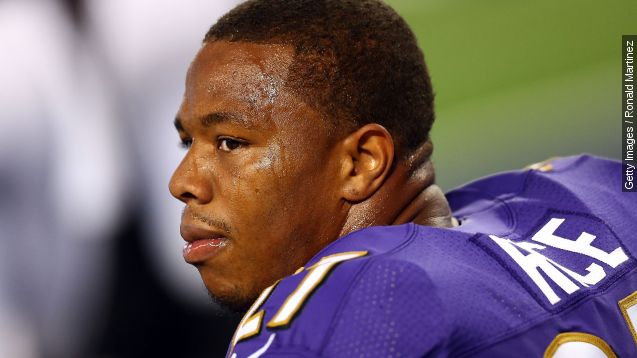 SMS
A Return For Ray Rice? The NFL Would Reportedly Support It
By Matt Moreno
By Matt Moreno
October 18, 2015
CBS Sports reports former Baltimore Ravens running back Ray Rice has made progress with NFL officials in the wake of his domestic abuse charges.
SHOW TRANSCRIPT

Former Baltimore Ravens running back Ray Rice is still out of the NFL, but the league might support him if a team gives him a call.

CBS Sports reports Rice is earning serious respect with the league, especially vice president of football operations Troy Vincent for "his dedication to counseling and outreach" among other things.

Rice has been out of a job since TMZ released a video of him purportedly hitting his wife in an elevator before the 2014 season.

The Ravens cut him shortly after the video surfaced, and the NFL gave Rice an indefinite suspension.

The NFL supporting Rice is a bit surprising considering it was that incident — and how the NFL handled it — that led to constant public backlash and called NFL commissioner Roger Goodell's job into question.

"I got it wrong in the handling of the Ray Rice matter," Goodell said during a press conference.

Of the three high-profile players suspended last year for domestic abuse issues, Rice is the only one who's still out of the league.

Minnesota Vikings running back Adrian Peterson has kept a relatively low profile since coming back from child abuse accusations. (Video via KSTP)

"I hope I come out guns blazing," Greg Hardy said.

Though Dallas Cowboys defensive lineman Greg Hardy has done the opposite after returning from domestic abuse charges.

Although there have been rumors that teams are interested in Rice, there aren't any reports of him working out for one yet. Until then, Rice will remain a free agent.