A Reporter Drops The Mic — In A Sousaphone 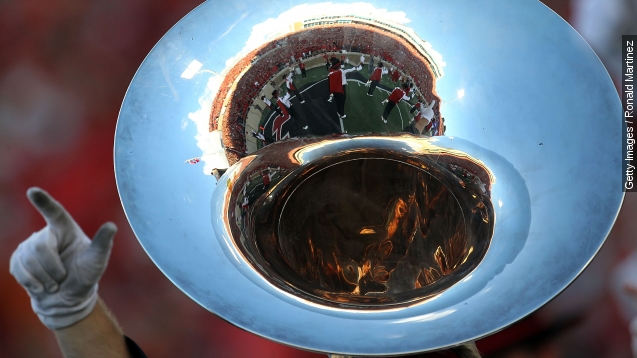 What do you get when you cross a sousaphone with a microphone?

We don't know — but it sure does make for a great news story.

Ding, ding, ding. What do we have for him, Johnny? Well, embarrassment, for one thing.

He had to get the sousaphone player to bend over. The reporter even had to lie on his back at one point.

And look at the sousaphone player's face. Now, this picture is worth a thousand words ... or notes.

Outlets couldn't decide if it was a sousaphone or a tuba.

"He lost his microphone in a tuba," Fox News reporter Steve Doocy said.

"Which is more embarrassing, to be the guy who dropped the mic, or the guy who knows the difference between a tuba and a sousaphone?" Jimmy Kimmel said.