A Record Number Of People Worldwide Are Displaced By Violence 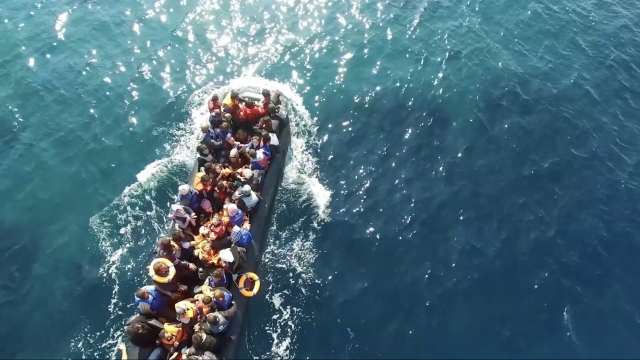 SMS
A Record Number Of People Worldwide Are Displaced By Violence
By Kate Grumke
By Kate Grumke
June 20, 2016
The new numbers came out on World Refugee Day.
SHOW TRANSCRIPT

More than 65 million people worldwide were displaced by violence in 2015, according to the U.N.

That's more than have ever been displaced in recorded history.

That's more than the populations of California and Texas combined.

Half the world's refugees come from Syria, Afghanistan and Somalia.

Colombia is the country with the most internally displaced people.

The U.N. Refugee Agency released these numbers on #WorldRefugeeDay.

This video includes clips from The United Nations.