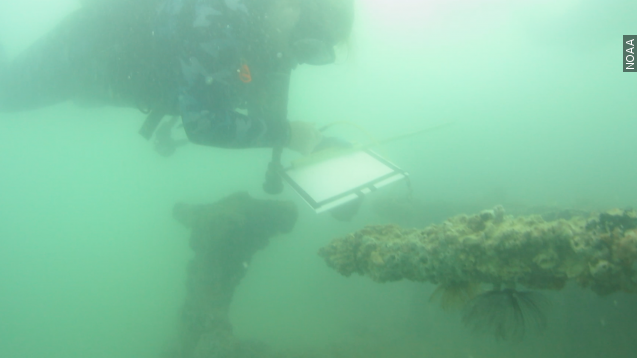 This is a U.S. Navy airplane that sank in the Pacific Ocean during the attack on Pearl Harbor. Archaeologists from the National Oceanic and Atmospheric Administration and the University of Hawaii released these images Thursday. (Video via NOAA)

The airplane, a Catalina PBY, was known as a flying boat and was destroyed when the Japanese attacked the U.S. naval air station on Oahu.

While the wreck wasn't unknown, this is the first in-depth documentation of the site. (Video via NOAA)

No one is sure of the actual identity of the aircraft, but NOAA's Hans Van Tilburg thinks it's possible the crew attempted to take off during the attack. (Video via NOAA)

The plane was a long-range patrol bomber and could have followed the Japanese planes back to their carriers, which made the strike a significant loss.

Van Tilburg hopes that "the new images and site plan help tell the story of a largely forgotten casualty of the attack." (Video via NOAA)