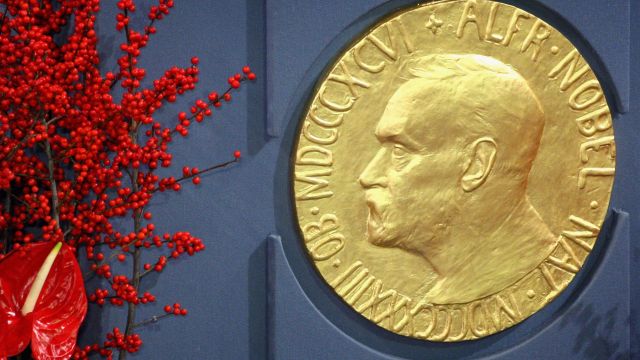 SMS
A Lot Of America's Nobel Prize Winners Weren't Born In This Country
By Matt Picht
By Matt Picht
October 12, 2016
Five of the six U.S. scientists awarded a Nobel Prize this year were born in the U.K. The sixth was born in Finland.
SHOW TRANSCRIPT

Six American scientists were awarded Nobel Prizes this year. None of them were born in this country.

Five of the six winning scientists were originally born in the U.K. — that's three physicists, one chemist and one economist. The other U.S. economist who won is originally from Finland.

And they're in good company: Over one quarter of the American scientists who've been awarded a Nobel Prize were born in other countries.

Immigrants make up nearly 20 percent of America's science and engineering workforce, and about 63 percent of them are naturalized citizens, according to the National Science Foundation.

The intersection of science and citizenship is an often-overlooked part of the immigration debate that's roiled this election season. Hillary Clinton has pledged to give out green cards to immigrants who complete a master's or Ph.D. in a STEM field. Donald Trump says he wants businesses to hire American scientists and engineers first.