A Profitable Fitbit Is Ready To Go Public 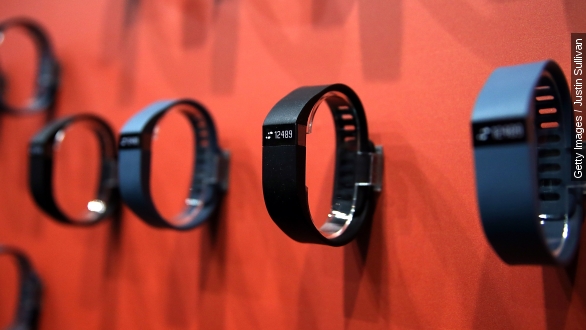 SMS
A Profitable Fitbit Is Ready To Go Public
By Evan Thomas
By Evan Thomas
May 8, 2015
Fitbit filed IPO paperwork Thursday as it prepares to enter a competitive fitness-tracking market.
SHOW TRANSCRIPT

It's a nice round number, but it's also expected to be a placeholder. Depending on how its debut goes, the company could well raise more than that. (Video via Fitbit)

"[Fitbit] won't be receiving any of the proceeds from the IPO. So this is a way, presumably, for its backers — its VC and early investors — to cash out of this investment," said Bloomberg's Betty Liu.

According to its filing, Fitbit sold 10.9 million devices last year, which Fortune reports would make it the undisputed leader in wearable fitness trackers with more than half the market.

But it could see erosion from another up-and-coming wearables sector: smartwatches. Fitbit lists them as a risk right there in its IPO. (Video via Fitbit)

It calls out Apple specifically as an example of a wearable gadget that does the same GPS, heart rate and activity tracking its own devices do, and then some.

Fitbit will also compete with the likes of Microsoft and Garmin. If nothing else, the market is healthy. But Fitbit doesn't look to be losing any ground, at least not yet.

In just the first quarter of 2015, it's looking at close to $48 million in profits and 3.8 million devices sold. If it keeps up, it could be another record year.

When exactly we'll see FIT debut on the NYSE all depends on the Securities and Exchange Commission. IPO paperwork could be in review for several months.