A Potbelly Could Be Deadlier Than Obesity, Study Says 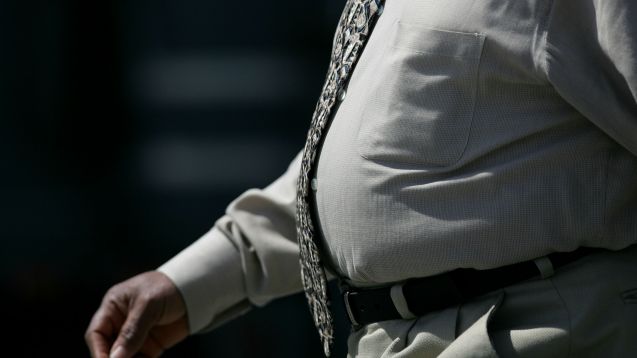 SMS
A Potbelly Could Be Deadlier Than Obesity, Study Says
By Mari Jo Valero
By Mari Jo Valero
November 10, 2015
The location of fat may be a better indicator of health than overall BMI, and belly fat is especially dangerous.
SHOW TRANSCRIPT

We all know obesity is a serious health risk. But if you think that beer belly is no big deal, think again. Researchers found that stomach fat alone could be more deadly than obesity.

The 14-year study published Monday in the Annals of Internal Medicine looked at more than 15,000 adults.

Obesity was determined by the person's BMI, or body mass index, which is often used as an indicator of health.

But according to the study, BMI may not tell the whole story because the location of fat determines how dangerous it is.

Francisco Lopez-Jimenez, a cardiologist from the Mayo Clinic and lead author of the study, told USA Today, "Not all fat is equal." Just as there is good cholesterol and bad cholesterol, there is good fat and bad fat.

He told the outlet, "The fat around the belly might look the same under the microscope as fat from the arms or legs, but it's much more active."

Belly fat is especially bad for you because it is often deposited in the liver and causes inflammation that could lead to diabetes and heart disease.

But the same isn't necessarily true for the fat found below your waistline. Researchers say this fat may even offer some protection to your heart, although researchers don't really know why.

The bottom line here — people should be aware of their waist-to-hip ratios and should aim for building muscle, not necessarily just shedding pounds.