A PhD In Chocolate? Cambridge Makes It A Reality 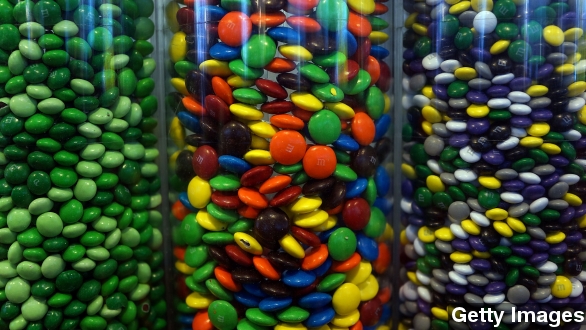 SMS
A PhD In Chocolate? Cambridge Makes It A Reality
By Collin Ruane
By Collin Ruane
August 17, 2014
The University of Cambridge is offering a PhD program to study the science behind melting chocolate.
SHOW TRANSCRIPT

Getting ready to head off to college this fall and still not sure yet what you want to do when you grow up? Well, how about getting a PhD in chocolate?

You probably think we're joking, but it's the real deal. The BBC reports it's all possible at the University of Cambridge through its Department of Chemical Engineering and Biotechnology.

SKY NEWS: "They're actually advertising for a PhD student to research this so you can basically spend your whole time researching the meltability of chocolate. Wouldn't that be an amazing job?"

When you first hear about the program, you might imagine something similar to a real-life "Willy Wonka & the Chocolate Factory," but it's not necessarily the case. It turns out there's plenty of science behind it.

While Cambridge calls the program "mainly experimental," The Independent reports it also says you need to be good at math and have studied sciences including physics, chemistry or engineering for at least four years.

As Metro comically writes: "Sadly, a long history of polishing off family-size Galaxy bars in front of Gossip Girl won’t count as credentials."

Enough about the requirements. What will the student actually do if they're selected?

On the ad, posted to its website, Cambridge says an applicant should find ways that chocolate can stay solid in warmer climates and keep its quality at the same time. The internship is fully paid for and would last three-and-a-half years.

No surprise, there are plenty of other odd majors out there — some of which The Telegraph has compiled into a list of majors you might not have heard of.

The list includes a degree in making the perfect wine, a degree in brewing, a degree in the science of surfing and one in so-called "ethical hacking."

If you're interested in applying to the internship, you don't have a lot of time. The application deadline is August 29. The selected applicant, who has to be from the EU, would most likely start studying in January.