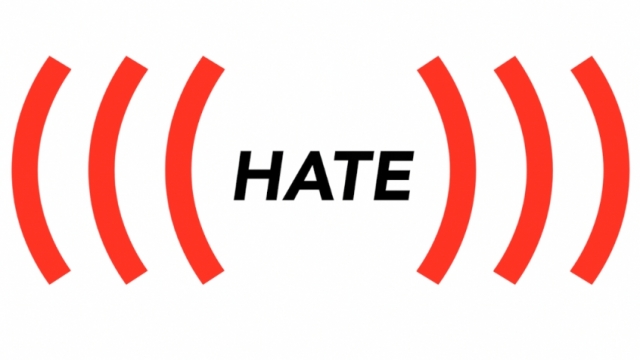 SMS
A New Symbol Is Helping Trolls Get Away With Hate Speech Online
By Jamal Andress
By Jamal Andress
June 1, 2016
One user compared the anti-Semitic symbol to a virtual dog whistle because it's so difficult to search for online.
SHOW TRANSCRIPT

Internet trolls are awful and persistent but not usually all that creative. That said, this particular hate symbol has managed to slip by many because of how difficult it is to search online and its obscure origin.

According to multiple reports, anti-Semites and white nationalists have been putting three parentheses around Jewish names on Twitter and other social media to target Jewish users. One user compared it to a virtual dog whistle.

A dog whistle because it's very difficult to search and gather online. A hashtag, common word or phrase associated with a racist sentiment can easily be searched, but Twitter and Facebook's search engines strip punctuation from any online search.

After being identified by the virtual target, New York Times writer Jonathan Weisman wrote about his experience with the Twitter trolls and the type of anti-Semitic comments and images he received.

He wrote: "An official at Twitter encouraged me to block the anti-Semites and report them to Twitter, but I have chosen to preserve my Twitter timeline. ... I let stand the image of a smiling Mr. Trump in Nazi uniform flicking the switch on a gas chamber containing my Photoshopped face."

As for the origin of the symbol, Mic traces it back to a right-wing podcast that "gave Jewish names a cartoonish 'echo' sound effect when uttered. The 'parenthesis meme,' as Right Stuff editors call it, is a visual pun."

Just this week, Twitter and Facebook, along with Microsoft and YouTube, agreed to help the European Union crack down on online hate speech, but they haven't addressed this latest anti-Semitic trend.