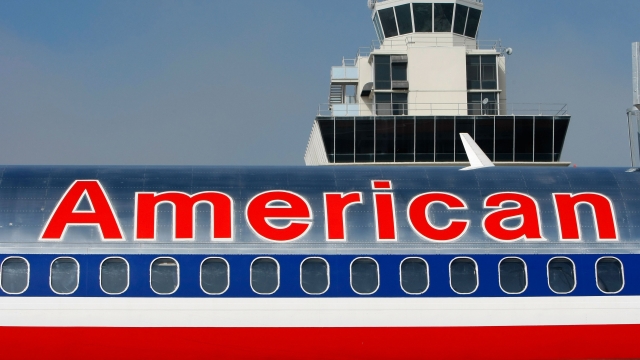 SMS
A New Discrimination Claim Worsens American Airlines' Bumpy PR Ride
By Samantha Crook
By Samantha Crook
March 26, 2016
Imani Cezanne says she was escorted off her flight because of her race. Her story inspired #FlyingWhileBlack on Twitter.
SHOW TRANSCRIPT

American Airlines is having a bumpy PR ride after a customer said she was kicked off a plane on Friday because she's black.

The incident has inspired #FlyingWhileBlack on Twitter and an outpouring of support for the passenger. Imani Cezanne said she was not only escorted off the plane but banned from flying on the airline.

She says a manager came to escort her off the plane because a flight attendant felt "threatened" after the flight attendant allegedly asked Cezanne if she was going to be a problem and Cezanne replied with the same question.

In January, American Airlines was sued for $9 million for a different racial discrimination claim. Two New York men said they were escorted off a plane and told it was because the airline "felt uneasy" about the fact that some of the friend group had upgraded to business class and some had not.

"They came to us and they told us, 'OK, get your belongings and exit the aircraft,'" one of the men involved in the lawsuit told WCBS.

#FlyingWhileBlack's timing is even worse for the airline considering one of its pilots was accused of coming to work drunk on Saturday and detained on a Detroit airport tarmac.

The airline has reached out to Cezanne, but she says she's still seeking legal counsel.

This video includes images from Getty Images and a clip from American Airlines.