A New Commission Could Allow Female Deacons In The Catholic Church 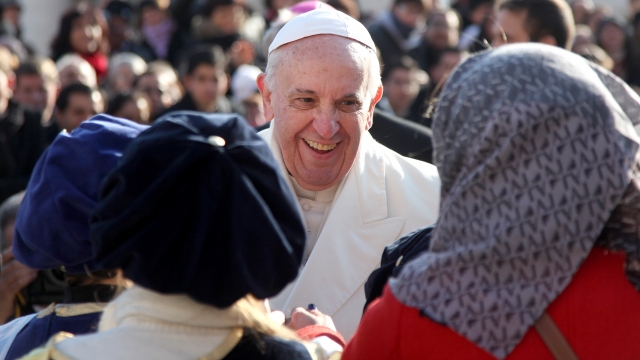 The pope is formally tackling the issue of women in Catholic leadership roles. Pope Francis has set up a commission to study whether women should be allowed to serve as deacons in the Catholic Church.

This pope has a reputation for taking relatively progressive stances on social issues compared to previous popes. But some of his comments about women have gotten him into a little bit of trouble.

In 2014, the pope called for more women in theology, but when he referred to women as "strawberries" on a cake that the field of theology needs more of, it came off as condescending to some.

The commission includes a president and 12 academics — six men and six women. One of those women is Dr. Phyllis Zagano, a professor at Hofstra University in New York.

"My hope is that the results of the study will include women in the office of deacon and that this would be a decision that will enable the church to speak more forcefully to the world about the dignity and the place of women, not only in the church but also in society," Zagano told Vatican Radio.

But as she pointed out in her interview with Vatican Radio, even if the pope decides women should be allowed to become deacons, it would still be up to individual dioceses to make their own rules about how women can serve.

This video includes images from Getty Images and clips from Centro Televisivo Vaticano.