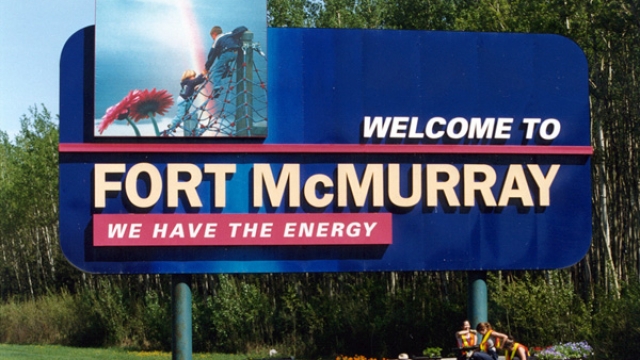 SMS
A Massive Wildfire Just Forced An Entire Canadian City To Evacuate
By Ben Lawson
By Ben Lawson
May 4, 2016
About 80,000 people fled the blaze that overtook Fort McMurray in Alberta on Tuesday.
SHOW TRANSCRIPT

An entire Canadian city was evacuated just before a huge wildfire swept in.

About 80,000 people fled the blaze that overtook Fort McMurray in Alberta on Tuesday after strong winds fanned a fire that had been burning for several days.

Video shows the blaze right next to the highway as many people were evacuating. No deaths have been reported.

Several residential neighborhoods and businesses were lost, but officials say no buildings are currently on fire and critical infrastructure like a water treatment plant remained intact.

However, the fire is still going, and officials warn the high temperatures, low humidity and strong winds aren't going to make fighting the blaze easy.

Fort McMurray is a relatively small city but has become prosperous due to its location near large oil sands deposits. Officials have yet to say what started the fire.