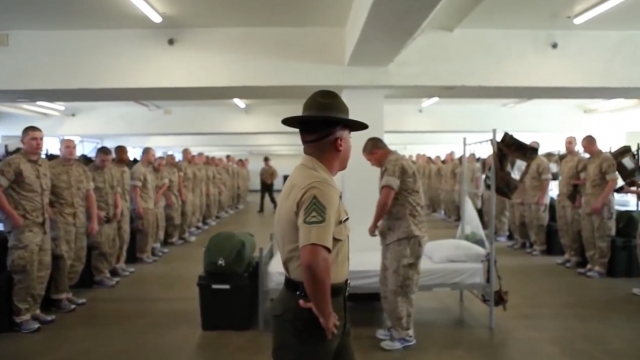 The investigation into a U.S. Marine recruit's death is widening into a larger look at the culture of Marine boot camps.

Raheel Siddiqui was a 20-year-old former high school valedictorian who was training at Parris Island, South Carolina. He died in March after falling 40 feet from a staircase.

The Parris Island facility is arguably one of the Marines most well-known training locations. The facility has stood for just over a century.

A few commanding officers were already fired over his death, but the investigation is still unfolding.

Fifteen Marine Corps drill instructors are now being investigated in the aftermath of Siddiqui's death. They are suspected of physical abuse and not properly supervising recruits.

"We need to ensure we've got a strong military. But we also need to ensure that when a young person believes in the most basic freedoms this country stands that they're not going to find themselves in a clothes dryer or being hazed because of their religion," said Rep. Debbie Dingell of Michigan.

Siddiqui was a Muslim Pakistani-American from eastern Michigan. His family told Newsy's partners at WXYZ that his heritage brought on racist comments and abuse from other Marines.

"This is an institutional problem. It's a systematic problem at Parris Island, and that's why the investigation, we feel, has broadened so largely," Siddiqui's family's attorney Nabih Ayad said.

What's still unknown is if Siddiqui accidentally fell or was pushed off the staircase.

Three additional investigations are looking into the hazing culture of the Marines.

This video includes clips from WXYZ and U.S. Marines.