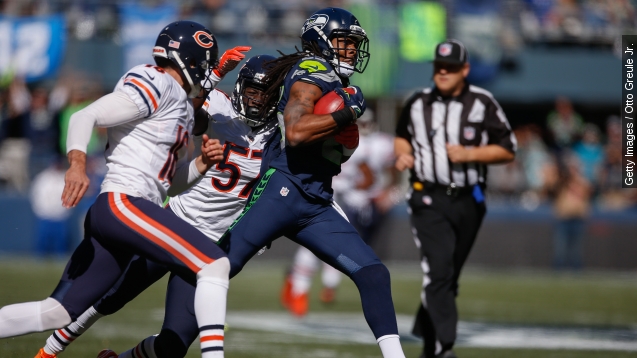 The Seattle Seahawks and San Fransisco 49ers square off on this week's edition of "Thursday Night Football." But chances are, most players aren't happy about it.

Take Richard Sherman, the Seahawks cornerback who isn't known for being shy about his opinions. In an interview Wednesday with ESPN, Sherman said Thursday night games go against the league's proclaimed commitment to player safety. (Video via Nike)

If you missed Sherman's dripping sarcasm, other players have been a lot more blunt about quick Thursday turnarounds. Players' recovery time between games gets cut in half compared to a Sunday game. (Video via WEBN)

So with all the hate, why are Thursday night games still around? For one thing, the NFL points out how per-game injury rates are actually slightly lower for Thursday games than on other days of the week. Then, of course, there's the revenue it generates.

In 2014, CBS agreed to a deal that gave it national rights to just eight of the 14 Thursday night games that year — with, by the way, all of those broadcasts simulcast on NFL Network — and the network still forked over a reported $275 million.

If you're scoring at home, that's over $34 million per nationally broadcast game.

CBS execs knew what they were doing, though. What they lost in rights fees, they gained in ad revenue — and then some. The network renewed its deal with the NFL for this year, and a 30-second ad on TNF now costs over half a million dollars.

And those numbers don’t include the NFL's biggest Thursday of them all, Thanksgiving Day, which features three nationally televised games.

So it doesn't look like "TNF" is going away as long as there's still money to be made. Thursday's game kicks off at 8:25 p.m. Eastern. Millions will be watching.