A Look At The Obamas' And Bidens' Tax Returns 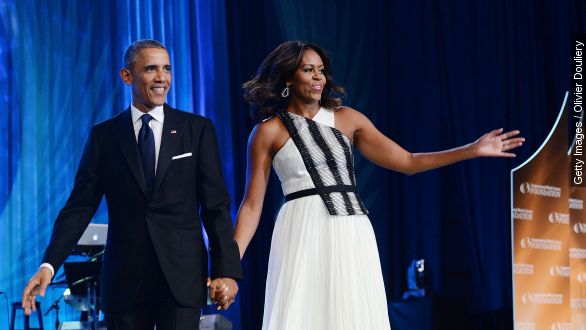 SMS
A Look At The Obamas' And Bidens' Tax Returns
By Kate Grumke
By Kate Grumke
April 10, 2015
The Obamas and the Bidens just released their 2014 tax returns; here's a breakdown of the big takeaways.
SHOW TRANSCRIPT

It's tax season, even at the White House. The Obamas and the Bidens both released their 2014 tax returns to the public on Friday.

Michelle and Barack Obama filed their tax returns jointly and reported $477,383 of income. They paid $116,002 in state and federal taxes.

And the first family reported donating around $70,700 to 33 different charities. About $22,000 went to just one organization — the Fisher House Foundation, which benefits military families.

In a press release on the tax returns, White House spokesman Josh Earnest points out because of the president's tax reform policies, he was "subject to limitations in tax preferences for high-income earners."