A Look At 'Grey's Anatomy' Cast Departures Through The Years 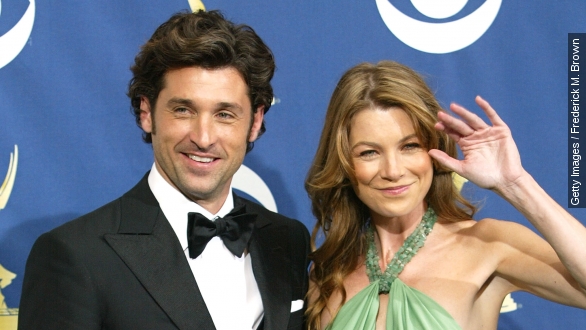 SMS
A Look At 'Grey's Anatomy' Cast Departures Through The Years
By Ben Lawson
By Ben Lawson
April 24, 2015
After Patrick Dempsey left "Grey's Anatomy," we look at some of the most notable cast departures from the long-running series.
SHOW TRANSCRIPT

By now you have probably heard that the unthinkable has happened. Patrick Dempsey — McDreamy himself — is leaving "Grey's Anatomy" after nearly 11 seasons.

The news leaked Thursday night just a few hours before his final episode aired, and of course the show saw its best ratings in seven months as a result.

In the show's long history, Dempsey is far from the first of the original cast to depart, and many of those other splits haven't gone smoothly.

Sandra Oh was the most recent leading actor to leave the show. She played Dr. Cristina Yang since the pilot — totaling 221 episodes.

Her departure was pretty amicable. She told The Hollywood Reporter, "Creatively, I really feel like I gave it my all, and I feel ready to let [my character] go."

The early knowledge that Oh was leaving gave the writers plenty of time to tie her character's story up in a neat little bow. That kind of smooth transition wasn't given to all of the former "Grey's" cast members.

Katherine Heigl was another member of the original cast who ended up jumping ship. Heigl took a hiatus from the show in the middle of a two-season contract to go shoot the movie "Life As We Know It." The initial plan was for her to eventually come back, but she never returned.

And it looks like there might have been some lingering tension from that decision. Ellen Pompeo, who plays Meredith Grey, told The New York Post in 2013: "You could understand why she wanted to go — when you're offered $12 million a movie and you’re only 26. ... She re-upped [her contract], took a big raise and then tried to get off the show. And then her movie career did not take off."

Yeah, that was painfully honest, but even that departure isn't nearly as messy as Isaiah Washington's.

In 2007, he reportedly used an anti-gay slur on set and then later used that same slur backstage at the Golden Globes.

Those incidents were widely publicized and eventually resulted in then-"Grey's Anatomy" star T.R. Knight coming out as gay and Washington getting quickly written off the show. Knight ended up stepping away from the show a few years later.

But even though "Grey's Anatomy" hasn't had the smoothest go of things, it's still doing all right — it's been on air since 2005 and has counted up 241 episodes.