A Jaguar Was Killed After An Olympic Torch Event In Brazil 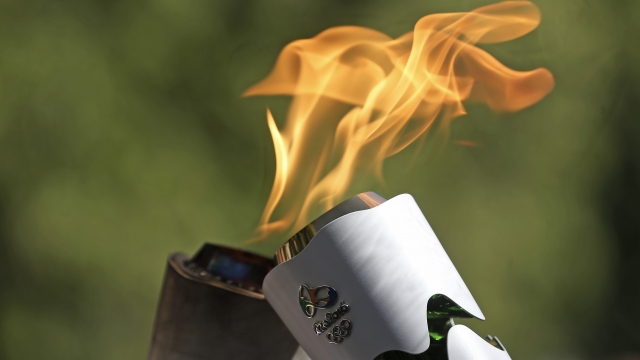 A rare jaguar named Juma was shot and killed after participating in an Olympic torch relay event.

The jaguar was kept at a zoo attached to a military training center deep in the Amazon rain forest, and the big cat appeared chained at the event Monday. After the event was over, the jaguar escaped.

The organizing committee Rio 2016 said on Twitter: "We made a mistake in permitting the Olympic torch, a symbol of peace and unity, to be exhibited alongside a chained wild animal. ... We guarantee that there will be no more such incidents."

Veterinarians and members of the military tried to catch the jaguar. But even after it was tranquilized, it appeared to go near a soldier. That's when the animal was shot in the head with a pistol.

The killing came a day after two Australian Paralympians were robbed at gunpoint in Rio de Janeiro, prompting the Australian Olympic Committee to demand greater security for the Olympics next month.

That same day, armed gunmen attacked one of the Rio hospitals that will treat tourists during the Summer Olympic Games in August. One person died and two people were injured.

This video includes clips from International Olympic Committee and images from TV Globo via The Guardian and Getty Images.