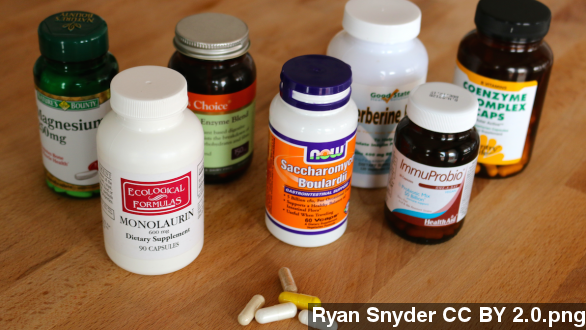 New research shows that what's going on in your head might be due to what's living in your gut.

And yes, you heard right. Prebiotics, not probiotics.

Probiotics are much more recognizable to most of us consumers. But you might get stuck trying to think of anything beyond ... yogurt.

As for the study, this type of research began more than a decade ago. A 2001 study highlighted the gut-brain connection as a reason for depression, anxiety and other psychiatric disorders in Irritable Bowel Syndrome (IBS) patients. (Video via AB Biotics)

Scientists are still searching for clues as to how the connection works. Some believe the vagus nerve, which creates communication between the brain and the gut, is the key. (Video via YouTube / AnatomyZone)

Though prebiotics were the focus for this study, other recent studies about calming the gut with bacterial balance involve both prebiotics and probiotics. (Video via Jackson GI Medical)

In fact, regulating prebiotic and probiotic bacteria in the body can potentially help you lose weight, improve your heart health and boost your immune system.

Researchers stress that more work needs to be done, as only small studies so far have shown that regulating gut bacteria can improve psychiatric problems. (Video via YouTube / ProBiotixFoods)

But according to Jane Foster, associate professor of neuroscience and behavioral science, "Anyone who has a mental health disorder that coincides with a [gastrointestinal] disorder is a good candidate" to try to improve gut bacterial balance.