A Google Anomaly? It's Not Easy To Repair The Nexus 6P 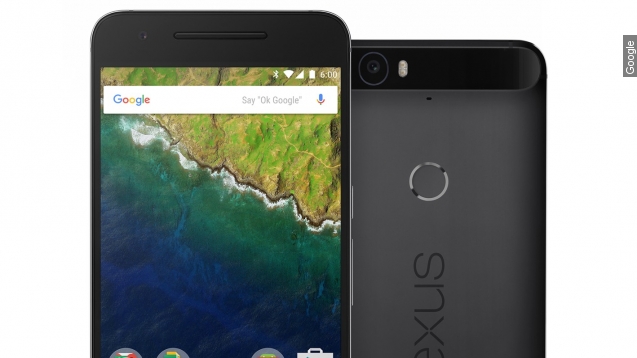 SMS
A Google Anomaly? It's Not Easy To Repair The Nexus 6P
By Mikah Sargent
By Mikah Sargent
October 31, 2015
One of Google's new flagship phones — the Nexus 6P — isn't easy to repair. Has Google sacrificed repairability for design?
SHOW TRANSCRIPT

Google's latest flagship phones — the Nexus 5X and 6P — have hit the market, and, as is customary for any smartphone launch, reviewers are sharing their thoughts on the devices.

Including the folks over at iFixit, the hardware experts who tear down gadgets in the interest of discovering their innards and learning how to repair them.

"Getting the 6P open was — to put it bluntly — no fun. ... This Nexus is really making us work for this one," said Gwendolyn Gay in an iFixit teardown video.

iFixit had some surprising thoughts about the Nexus 6P. After tearing down any device, the site scores its repairability on a scale from one to 10 (where 10 is the easiest to repair). The Nexus 6P scored a two out of 10.

Because of the way the phone is designed — as one single unit, or unibody — iFixit says the screen "cannot be replaced without tunneling through the entire phone."

And that's a problem — iFixit says replacing a screen is one of the most common smartphone repairs. I mean, we all have that friend with the cracked screen who insists on soldiering on.

The reason this news is particularly surprising is because we're used to Google — and any Android devices, really — being far more repair-friendly. People can dig into their Android devices and replace the batteries, add storage, etc. (Video via Google)

Usually it's Apple and its super-slim, everything-is-soldered-or-glued products that get poor repairability scores. It's widely held the company sacrifices user repairability for lightweight, thin and well-designed devices. (Video via Apple)

Hmm, lightweight, thin and well-designed are a few words that come to mind when we look at the 6P. Perhaps Google chose to make some sacrifices of its own.

This video includes images from Getty Images and Michael Mandiberg / CC BY SA 2.0.