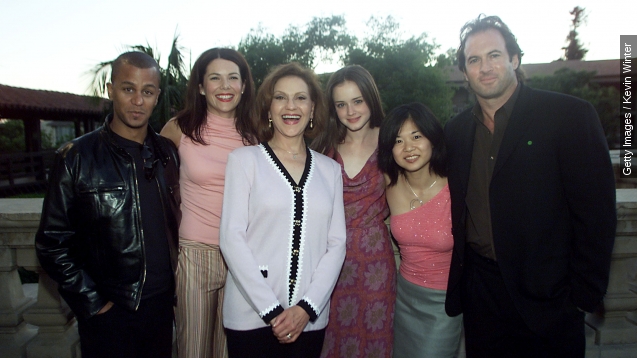 The residents of Stars Hollow, Connecticut, are heading back to TV, and we couldn't be happier. (Video via Warner Bros. Television / "Gilmore Girls")

It's been eight long years since we've been able to listen to Lorelai and Rory's clever banter on the television show "Gilmore Girls." But now thanks to Netflix, we've got some new material coming our way.

Though the streaming service hasn't commented yet, Netflix is reportedly working on a revival of the series. The end result would be four episodes running 90 minutes each. (Video via Warner Bros. Television / "Gilmore Girls")

Also exciting: Netflix might use the same strategy for a "Gilmore Girls" revival as it did for "Fuller House" — reuniting almost all of the show's original stars. (Video via Warner Bros. Television / "Full House")

A writer for TVLine said, "I'm told all of the major players — most notably Lauren Graham, Alexis Bledel, Kelly Bishop and Scott Patterson — are expected back for the continuation."

Unfortunately, one name that hasn't been mentioned yet is Melissa McCarthy, who played Sookie St. James in the series.

Over the past several years, McCarthy has been busy starring in some big blockbusters like "Bridesmaids" and "The Heat." And with this "Ghostbusters" reboot, you have to think her calendar's pretty booked right now.

Since the cast is reportedly in negotiations now, there's been no time frame given for when the first of these mini-movies will air on Netflix.