A Full 'Friends' Reunion Was Too Good To Be True 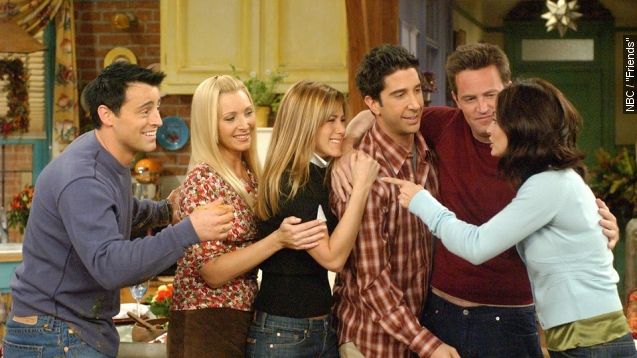 Turns out that "Friends" reunion won't quite live up to our dreams.

That’s because Chandler Bing will be missing. Actor Matthew Perry, who played Chandler, will be working in London when the the rest of the gang gets together to tape an NBC special.

Granted, this special is really about Burrows' career — but we’re thinking there might be an alternative motivation for people to tune in.

We haven't had a full "Friends" cast reunion since the show ended in 2004, so getting the actors in the same room again seemed like a dream come true.

But NBC chairman Robert Greenblatt warned us when he told reporters, "I'm not sure we can logistically pull it off." Perry's absence seems to confirm that.

His spokeswoman said, “Matthew may tape something for the tribute. In other words, this is not the reunion people have been hoping for.”

You can say that again. Here’s hoping ugly naked guy makes an appearance instead. The special airs Feb. 21 on NBC.