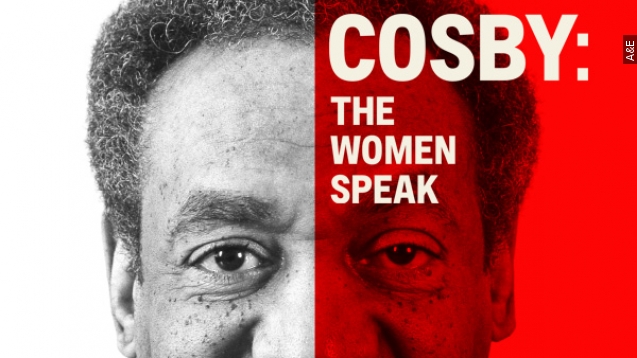 On Thursday, A&E will air a one-hour special on some of the women accusing Bill Cosby of sexual assault.

Reportedly, 50 women have come forward with accusations so far, and that number could increase. A&E says new accusers will detail their experiences in the special as well.

The special, which is called "Cosby: The Women Speak," will feature interviews with over a dozen women, including model Beverly Johnson, actress Louisa Moritz and publicist Joan Tarshis. (Video via Bill Cosby)

"My life changed when I met him — for the worse," one victim says in the special's promo.

Angela Leslie will also tell her story. She accused Cosby of luring her to his Las Vegas hotel room in the '90s for an acting audition. In the room, she says Cosby allegedly forced her to touch him.

"It's something I did not go there for; I did not initiate that action," Leslie said.

The women have reportedly not heard from Cosby since they shared their stories. In July, New York magazine's cover story showed 35 of his accusers next to the headline "Cosby: The Women. An unwelcome sisterhood."

Whether or not Cosby will speak out after the special airs remains to be seen. He has remained silent on the accusations, though his lawyer, spokesperson and wife deny any wrongdoing. (Video via Bill Cosby)

He is currently in several legal battles against his accusers, but a June lawsuit from his insurance company, AIG Property Casualty Company, could threaten his ability to properly defend himself against the women.

AIG wants to avoid paying legal fees for defamation suits brought on by four women, including Janice Dickinson. The insurance company covers personal injury, including defamation, but not if it arises from "sexual, physical or mental abuse."

Cosby's lawyers say simultaneously fighting AIG and the women is a "four-front battle" that would split Cosby's efforts and drain his funds.

He hasn't been charged for any of the assault allegations; almost all are outside of the statue of limitations.

It'll be interesting to see what effect the A&E special has on both these lawsuits and the validity of the allegations in general. The special airs Thursday at 9 p.m. Eastern.