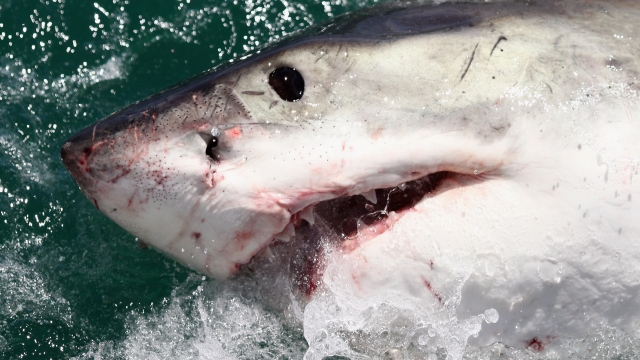 And if the situation doesn't improve, they could disappear altogether.

That's according to new research from Stellenbosch University.

Following a six-year study in the coastal town of Gansbaai — known for its dense population of great whites — scientists estimate about 350 to 520 are left in South Africa's waters.

SEE MORE: Want To See What A Shark Sees? This Camera Can Show You

"If we don't do something drastic now, legislation-wise and management-wise, we risk to lose these iconic predators," Dr. Sara Andreotti, one of the study's researchers, told BBC.

The researchers say there are several reasons why South Africa's great white sharks are dying off so quickly.

Human interference is the top contributor; that includes things like fishing, underwater cages and shark nets to protect swimmers.

But ocean pollution, which can decimate the sharks' food sources, is also a big factor.

And it doesn't help that South African great whites have the most limited gene pool of all white shark populations. According to the study, this makes breeding difficult and illness more likely.

The study's results are particularly disturbing, considering South Africa was the first country to declare great whites a protected species in 1991.

National Geographic suggests that everyone — from ecotourism operators and fishermen to researchers and the government — take every step to protect the animals.