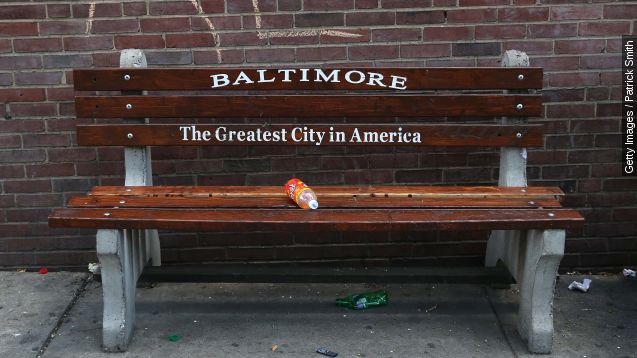 SMS
A Disturbing Milestone: Baltimore Surpasses 300 Homicides In 2015
By Matt Moreno
By Matt Moreno
November 15, 2015
The stabbing death of one man and the shooting death of another on Saturday accounted for the 300th and 301st homicides in the city this year.
SHOW TRANSCRIPT

Another day, another homicide. It's a morbid but true narrative in Baltimore right now as the city just surpassed 300 homicides since the beginning of the year.

Baltimore Police Commissioner Kevin Davis released a statement that reads in part: "This challenging moment shall pass if we reject blame and embrace the hope, dreams, and promise of a great American city. Baltimore will win again, 2015 will not define us."

One quick look at The Baltimore Sun's homicide tracker, and you can see the majority of victims are black males in their 20s and 30s.

The Sun reports there's been an exceptional surge of violence since the death of Freddie Gray in April with more than a homicide a day. (Video via WBFF)

The city erupted into protests and violence after Gray's death in police custody.

He was reportedly in good health before he was arrested but died from multiple injuries sustained while in the back of a police van.

Gray's death was later ruled a homicide and the six police officers in charge of him were arrested on homicide charges.

Saturday's killings took place hours after the 300 Men March in Baltimore. The anti-violence group's slogan is simply, "We must stop killing each other."